Cratus is delighted to announce that this year’s guest speaker will be Councillor Georgia Gould, Leader of London Borough of Camden and Chair of London Councils. 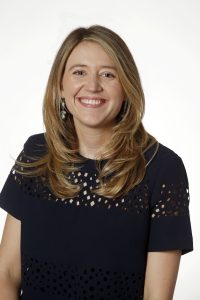 Georgia Gould was elected a Councillor for Kentish Town ward for Camden Council in 2010 at the age of 24. After holding a range of Cabinet portfolios, she became Leader in 2017 and as Leader has made citizen voice, participation and co-production a priority for the organisation.

Under her leadership the Council held the country’s first Climate Emergency Citizens Assembly in 2019 to inform the response to our climate and ecological emergency. Georgia is Chair of London Councils and Co-Chair of the London Recovery Taskforce as well as a member of the London Economic Action Partnership (LEAP) Board.

In 1873, Joseph Chamberlain was elected Mayor of Birmingham. He had moved to the city to run the family screw making business. As Mayor he quickly forged a reputation for taking action where politicians in Westminster failed. He reformed education in the City, cleared the slums, improved housing, and led the municipalisation of public utilities such as the Poor Board, Water Boards and Gas. This quickly gave him national prominence. He is seen now as the father of Local Government as we know it today.

Our vision has been for this lecture to become an annual event where we can come together to reflect on the achievements of local government and the local public sector as a whole over the years and look ahead to where the sector is going, all the while grounded in our shared history and ethos of public service – which we believe was embodied by Joseph Chamberlain.

Without doubt, Joseph Chamberlain was an influential political figure of enormous standing and while we may not all agree on all that he stood for and campaigned on, it is in recognition of his contribution to local government that our lecture is being delivered in his name for a fourth time.

Everyone present with us on the evening of the lecture either directly or indirectly, contributes towards the betterment of our local public sector and we feel sure Chamberlain’s response to criticism of his Radical Programme will resonate:

If we fail, let us try again and again until we succeed.

To apply, please RSVP via the link on this page.

None of the above?

What do the election results mean for local government?