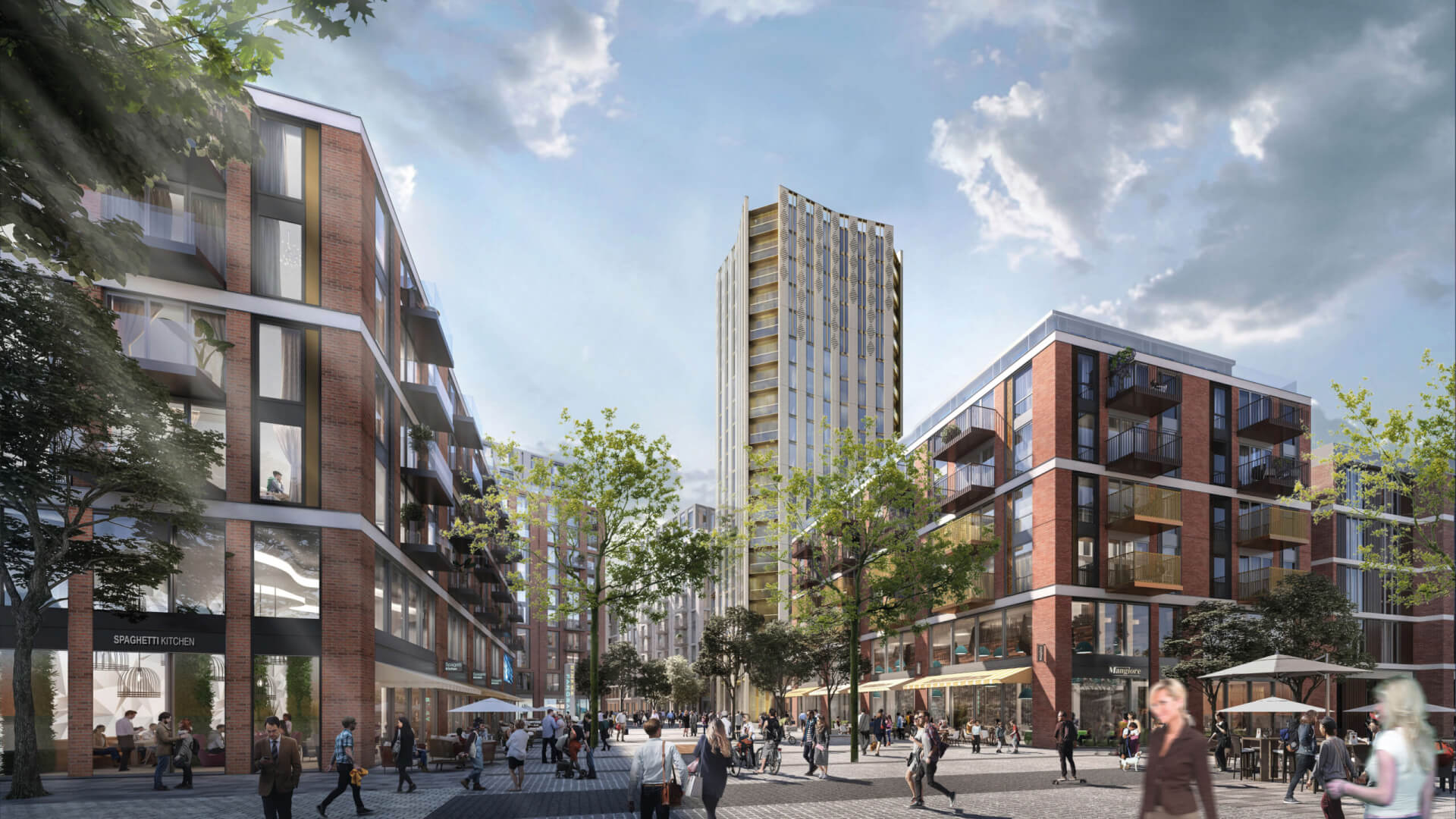 In 2016 Cratus began work on a community engagement and consultation campaign on behalf of Weston Homes and Columbia Threadneedle on their application for the regeneration of Anglia Square, Norwich. Two well-known names in the commercial world, we were conscious from the beginning of the need to protect their reputations and are confident that as a result of our work, detailed below, the reputation of each has been enhanced.

Anglia Square was built in the 1960s and 70s featuring a shopping centre, offices, cinema, nightclubs and multi-storey car park. The scheme was never completed, and the majority of the site was abandoned with only the shopping centre continuing to serve the community. Several previous plans for the site failed to come to fruition, meaning we had to contend with a high degree of scepticism from the local community who were understandably cynical of this new scheme coming forward. We therefore undertook a comprehensive community engagement programmes to reassure residents that the client was serious about delivering on their aspirations and creating a brilliant place in a prime location of Norwich for the benefit of all its residents, visitors, traders and businesses.
The site itself is one of the largest brownfield areas in the whole of the Local Authority but is very constrained which added to the complexity of the scheme resulting in a phased approach being proposed. The application consisted of 1,250 new homes, a new supermarket, a new cinema, hotel, replacement Surrey chapel, new car park, food and drinks premises, and modern units for local shops and businesses.

Due to the scale and significance of the proposal we directed an intensive consultation campaign beginning with two rounds of consultation in 2016-17. A total of eight events were held during the initial consultation programme. A further set of three post-submission information events were then held in April 2018.

Each consultation round consisted of three community events and an additional stakeholder event. The dedicated stakeholder events were split between dedicated hours first for current Anglia Square Traders and Tenants, and later for local and city-wide Community and Civic Society groups.

The scale of the development led to us hosting three public exhibitions for the local community, one pre-submission, one during and one with the final details of the scheme. Recognising the very different perspectives and desires of the local traders still operating from Anglia Square and the wider community and politicians, we hosted bespoke sessions for each. To raise awareness of the events we employed the traditional methods of leaflets and adverts in the local press but also complemented this by installing a fully designed window graphic in one of the shops in a prominent location on the site two weeks in advance of each consultation event and by engaging with the public through TV appearances. In addition to this, prior to Round 2 of events a leafleting stall was set up in the middle of Anglia Square. Here, leaflets were handed out to shoppers and passers-by.

To ensure the politicians were fully briefed and again, considering the scale of the proposals, we hosted a pre-submission briefing session for the Planning Committee where we presented all the various elements of the plans and gave members the chance to pose questions to the team. Councillors were kept updated throughout the scheme and one of our team attended each planning committee to further our understanding of their priorities, which we then fed back into the wider project team to support them to navigate the political landscape.

The scheme was approved at committee in December 2018.

Thrive - The most important word for us all. Part 2

Thrive: The most important word for us all. Part 1