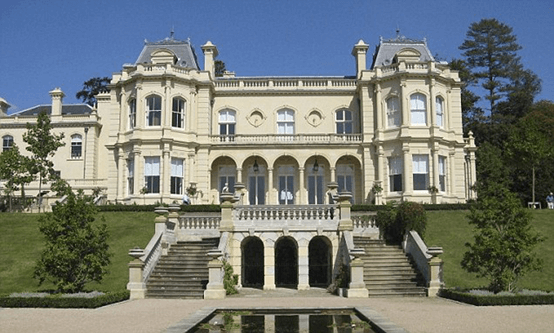 Cratus was engaged by Longshot Ltd to provide political and community communications and consultation to assist them in achieving planning approval at the local level, from Mole Valley District Council, for the transformation of Cherkley Court. Joel Cadbury, a driving force in the Longshot team, was understandably particularly sensitive to the need for their reputations to be protected at all times, despite a difficult campaign group we successfully managed to achieve this throughout our four years’ work.

The history of Cherkley, the former home of the press Baron Lord Beaverbrook who regularly had Winston Churchill to stay, and its location – with high profile neighbours including names such as Michael Caine meant this was never going to be anything but a sensitive project to work on.

Indeed, it was a major campaign which tested our agency’s creativity, sincerity, tenacity and ability to rise to every challenge that a well-resourced and determined opposition campaign could throw at us. Cherkley taught us that to win support against such opposition, a box ticking consultation is not enough, each challenge has to be seen as an opportunity to exceed expectations and thereby earn support.

Our first event consisted of two workshops hosted over a weekend by our client, before they had even purchased the estate. The purpose was to gauge the reaction from key stakeholders – the estate’s immediate neighbours, resident association leaders, councillors and officers to Longshot’s vision and identify the risks they would have to overcome. After this event Longshot and their partners proceeded to acquire Cherkley Court.

We then proceeded to host a workshop in the summer with the full consultant team, residents were able to view on the website the material presented after the workshops if they had been unable to attend and for those less comfortable with the internet, we delivered leaflets to 10,000 households with Freepost envelopes to enable them to contribute their thoughts.

We monitored every Development Control Committee meeting throughout the process to enhance our understanding of the issues of most importance to each member and fed this knowledge into the wider consultant team. This enabled us to anticipate issues, which might have, without mitigation, become serious obstacles to achieving planning permission.

As a result of some negative press we decided that merely reacting to stories and promoting positive aspects to the local media was not enough and that we needed to change the entire tone of the debate to ensure the best chance of success at Committee defend our client’s reputation. Consequently, we produced, drawing on Cherkley’s history as the home of Lord Beaverbrook, 10,000 copies of our own newspaper – The Cherkley Express. This used interviews and features to update the community on the applicant’s plans and give more background to those behind the plans as well detail on the heritage of Cherkley and how this would be conserved.

Leading up to the application being heard at Committee  we produced a comprehensive member’s briefing to accompany the officer’s report, this outlined all the key points of the application and then with an officer recommendation against the scheme we won approval from the members for the scheme. Owing to officer policy of not preparing conditions when recommending refusal, the application had to go to Committee again, a month later, when the whole application was reconsidered in full.

For controversial applications of this kind we believe the process post submission of the planning application is like a political campaign. We identify supporters during the consultation period and then encourage them to write to give the members the confidence that although there might be a vocal minority there is also a significant number in favour of our client’s development.

We make this visually clear at Committee, thereby highlighting the audience is not made up solely of objectors. In this instance we used bespoke rosettes and worked to make sure the entire front row of the public gallery was filled with supporters wearing them. This may be a minor detail but it’s details that should never be neglected, it is often such little details which give councillors the courage to vote in favour of an application and against what a vocal group of objectors are urging them to do.

Following our second approval (against officer recommendation) the application was referred to the National Planning Casework Unit, Eric Pickles decided against calling it in. At this stage we raised our focus from the local to the national, encouraging members of the project team and residents known to be supportive to write in to the Department for Communities and Local Government, as it then was, and call on the ministerial team to respect the local made decision.

We often find that once permission has been granted there is a sudden lull in activity which can leave those who have supported the application feeling isolated. To combat this, we published the second edition of the Cherkley Express and again delivered it to 10,000 households.

With very little time to spare before the deadline the campaign group which had been formed against the application applied for a Judicial Review. And so began the court cases. At each court hearing a member of the Cratus team was present to listen to the arguments to therefore be able to brief the wider team and prepare them for the inevitable press requests for information and statements.

Haddon-Cave J found in favour of the campaign group that had brought the case. This finding was then contested by Longshot.

At the Court of Appeal the three judges who heard the case found unanimously in favour of Longshot. Once again throughout the process we worked to keep interested residents updated as well as the local press.

To increase understanding between the applicant and the local press, following the Court of Appeal’s judgement, local journalists were invited to a private event at Cherkley Court so they could speak one on one with the development team.

At the same time, we produced a wrap around for the local newspaper to combat some of the misinformation being promulgated and update people on the next stages of development. It was crucial that the impact of this was not lost and so this was hand delivered to all those in the immediate vicinity of the estate.

To move the debate on from one of confrontation we hosted an open evening at the estate to thank all of those who had supported the application throughout the planning process and give people an opportunity to refresh their memories regarding the overall vision for Cherkley Court.

However, the legal battle was not yet over. We continued to support the client while the campaign group attempted to have the case heard by the Supreme Court. Their application for leave to appeal to the Supreme Court was refused.

Working on this project was a transformative experience for Cratus and hopefully demonstrates the level of detail we put into our projects.

None of the above?

What do the election results mean for local government?