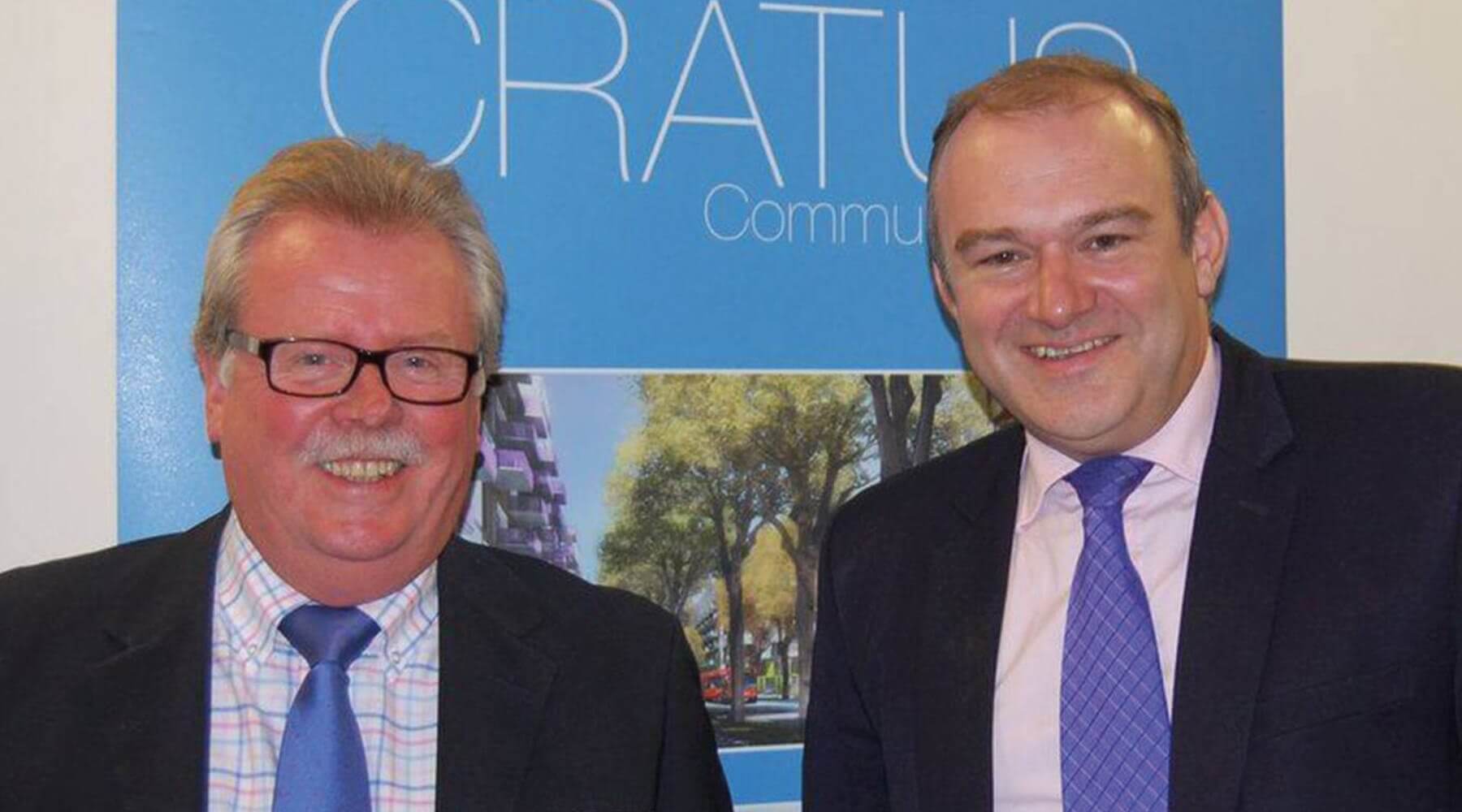 Cratus, in association with the pollsters ComRes, hosted a breakfast meeting for sixteen leading figures in the onshore wind sector with Rt Hon Ed Davey MP, Secretary of State for Energy and Climate Change.

The meeting was held under Chatham House rules but there were frank and open exchanges about the difficulties both sides of this debate face in trying to create carbon free energy.

The timing of this meeting could not have been better coming only forty-eight hours after a Government reshuffle that saw all of the Secretary of States Ministers in his department change.

Our thanks go to the Minister and his team for their time and to those who attended.

If you have concerns on how your business may be affected by the changes made in this weeks reshuffle contact us at: Cratus.co.uk

The picture shows the Secretary of State (Right) with Charles Sandham from Cratus.