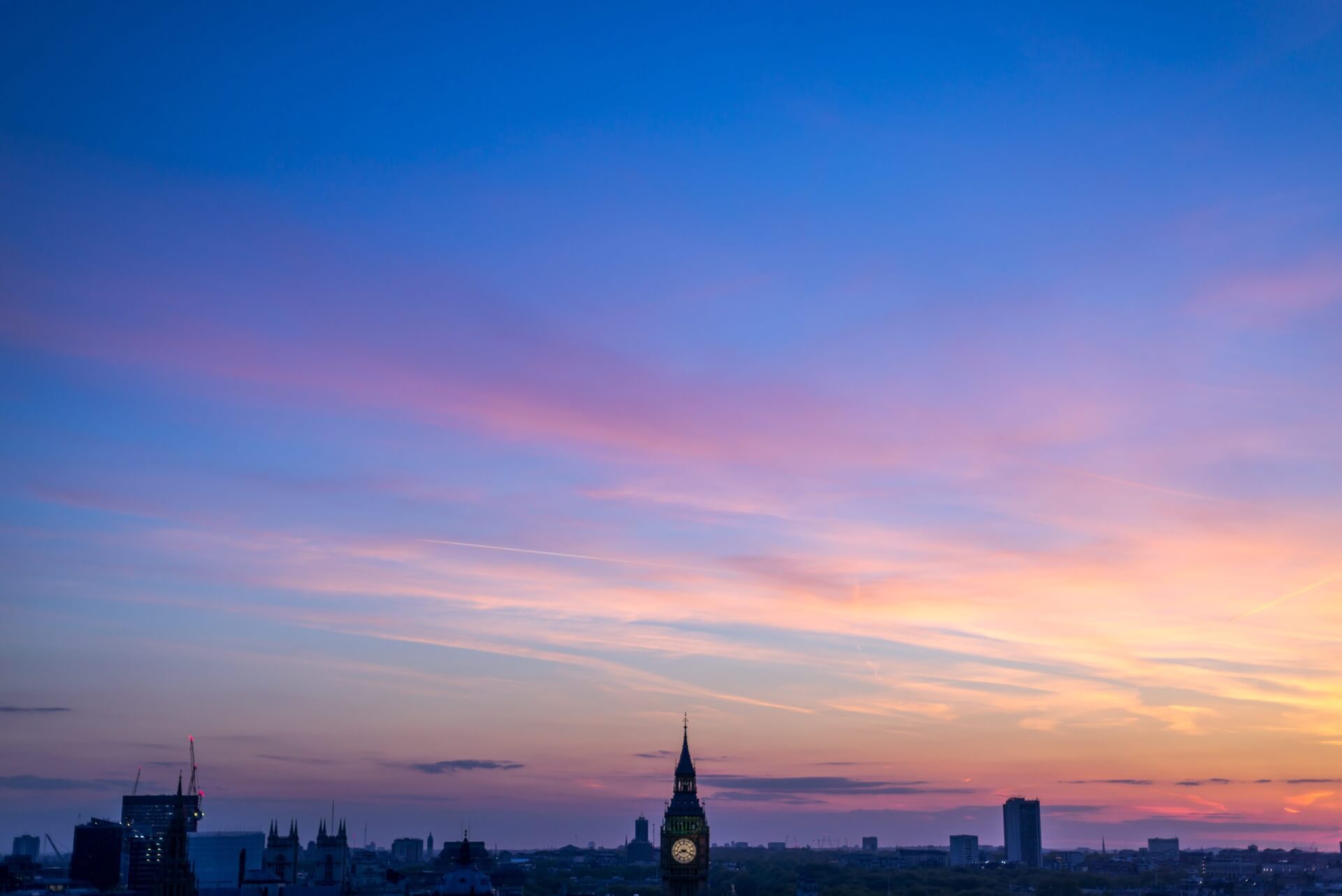 With most of the results of the 2021 ‘Super Thursday’ elections now in, there have been some surprising results. In some cases, surprise changes, and in other cases, the surprise was no change!

To start with the Scottish Parliament elections, Nicola Sturgeon has fallen one seat short of an SNP majority government. Despite talk of a seismic shift in Scottish politics over the past year or so, that shift failed to materialise. The SNP gained just three constituency seats, one from Labour and two from the Conservatives, but as ever, the Regional ‘Top Up’ List MPs were adjusted to ensure the regional results were balanced according to the vote. So the final outcome was that the SNP gained a single seat, the Greens gained two, Labour lost two, and the Liberal Democrats lost one, with the Conservatives holding the same number they went in with.

This is likely to add fuel to the fire of the raging constitutional argument as to whether another independence referendum is justified, with the two nationalist parties (SNP & Green) claiming their combined majority now mandates another referendum, with the unionist parties countering that their combined vote total outweighed the nationalist vote. Although Nicola Sturgeon will now undoubtedly continue as First Minister in an SNP minority administration at Holyrood, the referendum argument is unlikely to go anywhere soon.

The Senedd elections in Wales also proved to be something of an anticlimax. Pundits had been talking up the idea of a nationalist revival in Wales for some time, and this discussion was particularly voluble during the Covid-19 crisis, which saw Labour First Minister Mark Drakeford alternately lauded and castigated for his handling of the pandemic, whilst Conservatives struggled with leadership issues, and the Liberal Democrats fought to remain relevant after seeing their presence in Wales dissipate over the past decade. It was therefore predicted that Plaid Cymru were in a good place to take seats from all three parties, and possibly capitalise on the anticipated decimation of the UKIP contingent.

In the event, there was little overall change, with the Conservatives managing to translate only two of their 2019 General Election gains into gains at the Senedd level, and Plaid’s former Leader, Leanne Wood, losing her Rhondda Constituency seat to Labour. With the UKIP vote collapsing, Labour, Plaid & the Liberal Democrats were able to maintain their overall seat counts via the Regional ‘Top-Up’ seats, and the Conservatives also added to their total in this way. It is therefore likely that Labour will continue as the administration at Cardiff Bay, with Mark Drakeford as First Minister, and Wales being hailed as one of Labour’s few success stories in a difficult week.

The London Mayoral & Assembly elections also proved something of a surprise in the same way. It had been predicted that incumbent Labour Mayor, Sadiq Khan, would win an extremely easy victory, probably on first preferences, and the Conservatives’ woes in the capital would result in a poor showing for the Conservative candidate Shaun Bailey (maybe even resulting in third place!), and the potential for Labour gaining more Assembly Constituencies from the Conservatives.

In the end, Shaun Bailey performed far beyond expectations, with Sadiq Khan winning the Mayoralty on second preferences at 55.2% of the vote, down somewhat from the 56.9% he received in 2016. On an Assembly level, the Conservatives lost no constituency seats, and Labour actually lost a London-wide ‘Top-Up’ seat, with the Conservatives, Lib Dems & Greens collectively benefitting from this loss, along with the collapse of the UKIP vote, by gaining a seat each. The prevailing narrative of Labour’s support being concentrated in London, and the Conservatives decline continuing apace, may therefore need to change in light of these results, and will add to Sir Keir Starmer’s woes as he tries to unite Labour in the months to come.

Across England, elections were held for twelve directly-elected Mayors, either as Leaders of their respective councils, or regional ‘Metro Mayors’. This threw up one or two shocks. Labour easily held the mayoralties of the Liverpool City Region, Greater Manchester, North Tyneside, and Salford, on first preferences, helped by popular incumbents and few complications for their local campaigns.

However, the Mayoralty of Doncaster was held on second preferences by Labour incumbent, Ros Jones, with the Conservatives pushing closer as a reflection of their growing strength in ‘Red Wall’ areas like South Yorkshire. Labour candidate Joanne Anderson managed to hold the Mayoralty of scandal-hit Liverpool Council on second preferences, against a strong challenge by an independent candidate.

In line with recent predictions, and a growing Conservative trend in these areas, incumbent Conservative Mayors Ben Houchen and Andy Street were able to hold their posts in the Tees Valley and the West Midlands respectively, the former on first preferences. The strength of the Conservative gains in these areas are likely to trouble Labour immensely, as they seek to rebuild support in ‘Red Wall’ areas like these.

Some real surprises were in store, however. Popular Labour incumbent Marvin Rees, who had been widely tipped to easily win a second term in office as Mayor of Bristol, struggled against a very strong showing from the Green Party, with their candidate pushing him to a victory on second preferences.

Conservative Mayor of Cambridgeshire, James Palmer, lost re-election to his Labour challenger Nik Johnson, and Labour’s candidate in the West of England City Region also managed to defeat the Conservatives, possibly pointing to evidence of a longer term demographic shift in terms of the psephology of England. For Labour, these two gains were much-needed sources of encouragement in an otherwise bleak election.

We are still awaiting results from the election of the new Mayor of the West Yorkshire City Region.

The election of Police & Crime Commissioners, whilst often resulting in low turnout in areas with no other elections that day, can be a useful yardstick of where the parties are at in general.

Whilst a number of results are still awaited, the Conservatives have had a very good week in this respect, holding all of the posts they currently held, and gaining a number from both Labour (Cleveland, Nottinghamshire, Derbyshire, Cheshire, Humberside, Leicestershire) and retiring independents (Avon & Somerset, Dorset). They also had a strong showing in the West Midlands, although their candidate underperformed compared to Mayor Andy Street, Northumbria, and Durham, where the Conservative candidate came extremely close to an upset in what used to be a Labour heartland.

Labour really suffered in the English Council elections, with a few isolated gains, reflective of their changing support, in places like Cambridgeshire, Oxfordshire & West Sussex, providing little cheer when compared to the overall picture across the nation.

As things stand, the Conservatives and the Greens are the big winners in the Council elections, with the former now having gained 297 councillors, and the latter 70 (from a much lower base, needless to say). The mixed picture for the Liberal Democrats has resulted in a net loss of just 4 councillors across the country. Labour, however, have lost 255 so far, and have lost overall control of councils as diverse as Kirklees, Sheffield, Durham, Plymouth, Southampton, Harlow, Rossendale, & West Lancashire.

Whilst the Conservatives had a few hiccups, such as the losses of Cambridgeshire, the Isle of Wight and Tunbridge Wells, and their Leaders’ seats in Hertfordshire and Oxfordshire, the 2021 council elections can be judged as nothing short of a triumph. The few losses they did sustain in terms of council seats were of little surprise to seasoned poll-watchers, and they are in a strong position to capitalise on their success and build on their support base in the years to come. Though their continued unpopularity with students and major city-dwellers does not seem to have abated, and are reflected somewhat in the final results, with the few areas of Labour strength being in the major cities of Manchester, Newcastle & Liverpool, and the Greens presenting the main alternative to Labour in those large cities where Labour have become unpopular.

The Green Party have continued to grow their support, taking seats from all parties in some places. Though limited by their small activist base, they are certainly ‘ones to watch’ for the future. Whether the Liberal Democrats can ever start to rebuild the support they enjoyed 15/20 years ago is becoming increasingly debatable and, again, time will tell.

As the final results from Thursday’s elections come in, there have been a few further developments that warrant comment.

The Liberal Democrats have gained overall control of St. Alban’s, adding to their General Election victory there in 2019, and have made significant gains on Oxfordshire County Council, including gaining the seat of the long-serving Leader, Ian Hudspeth. Coupled with their gains in Cambridgeshire, Surrey, Hertfordshire, and northern cities such as Liverpool, Sunderland & Sheffield, this could chart a way back for them as the main party of opposition to either Labour or the Conservatives in ‘Remain’-voting areas of the country.

The Conservatives’ jubilation has received a further minor dent with a bad result in Oxfordshire, a potential resumption of overall control becoming a situation where they are jointly the largest party with the Liberal Democrats, and look likely to be put into opposition.

Despite this being a good set of results overall for the Conservatives, their struggles in the home counties have been evident for some time, almost certainly as a long-term impact of the Brexit vote. Whether Labour are able to capitalise on this in the short-term is dubious, but the Liberal Democrats and the Greens certainly have, at this election.

The Greens topped their close run against Labour Mayor Marvin Rees in Bristol with an outstanding set of results in the City’s Council elections, emerging as joint-largest party with Labour, and taking it into no overall control. Even if the Labour group can cobble a coalition together with the Liberal Democrats or (unlikely) the Conservatives to retain control, this will be a major headache for re-elected Mayor Marvin Rees as he seeks to implement his commitments.

The final mayoral result is in, with a win for Labour MP Tracy Brabin as the new Mayor of the West Yorkshire City Region, beating the Conservative candidate on second preferences with a percentage remarkably consistent with the typical vote in the county. Since the role is combined with that of Police & Crime Commissioner, Ms Brabin will need to resign from Parliament, meaning a by-election in her marginal Batley & Spen constituency is imminent.
A few other Police & Crime Commissioners have been elected, with Plaid Cymru managing to hold the Commissionership in Dyfed-Powys, defeating the Conservative candidate on second preferences. A slight relief for Leader Adam Price after some fairly static Senedd results.

And finally, a couple of really odd occurrences in this election:

In Wiltshire, the Conservative candidate for Police & Crime Commissioner, who is odds-on favourite to win, will be disqualified immediately if he does, as he has a 30-year old conviction for drunken-driving offences. Despite having received assurances from the Conservative Party that the historic offence does not disbar him from assuming the office, this is not the case. A by-election will therefore need to be held if the Conservatives win, as is anticipated.