Applications totalling 625 new homes, around 6 hectares of public open space, over 1,100 sqm of retail, social and community space and substantial infrastructure improvements were approved at committee in November with support from Cratus Southampton.

In Arun District, West Sussex, Dandara saw their reserved matters application for Fontwell Meadows, a strategic new neighbourhood allocated in the Arun Local Plan, finally granted permission after a rather tense six months. Officers had recommended the application for refusal in June’s committee. Cratus helped convince Members that the applicants should be given more time to tackle a number of issues and a deferral was granted until the autumn. When the plans came before Members again in November, with a recommendation for approval this time, Members expressed their satisfaction with the improvements achieved and gave the scheme the go-ahead.

Also in Arun, Cratus worked with Reside Developments on presenting their plans for 42 homes at a non-allocated site in Eastergate in the most favourable way. Positive engagement work had been undertaken with Barnham & Eastergate Parish Council who, although objecting in principle on perceived prematurity grounds, had included the site in their emerging Neighbourhood Plan Review. At committee, Members marvelled at the scheme’s substantial sustainability credentials and it was approved unanimously.

Moving westwards, Test Valley’s Southern Planning Committee acknowledged the planning merits of LandQuest UK’s proposals to redevelop a plot in Romsey for 14 homes. Cratus helped to rebut concerns regarding alleged residential amenity impacts from the adjoining housing estate by concisely setting out the facts, including separation distances between new and existing dwellings of over 40m. Members concluded that the planning balance came out in favour of the development and voted it through.

Down in Dorset, Aster’s regeneration proposals for the former police station and magistrates’ court site in Christchurch faced BCP’s Planning Committee for the second time, following unfounded allegations that the committee had been misled when granting approval back in February. Cratus supported the project by highlighting the considerable benefits to Members, working with local charities whose funding will be substantially increased through the land sale proceeds, benefiting vulnerable residents in the town. A motion to refuse was defeated and it eventually passed with flying colours.

Would you like to hear more about Cratus’ work or could your project use our help, please get in touch with Cratus Southampton on 023 8214 0916 or via email. 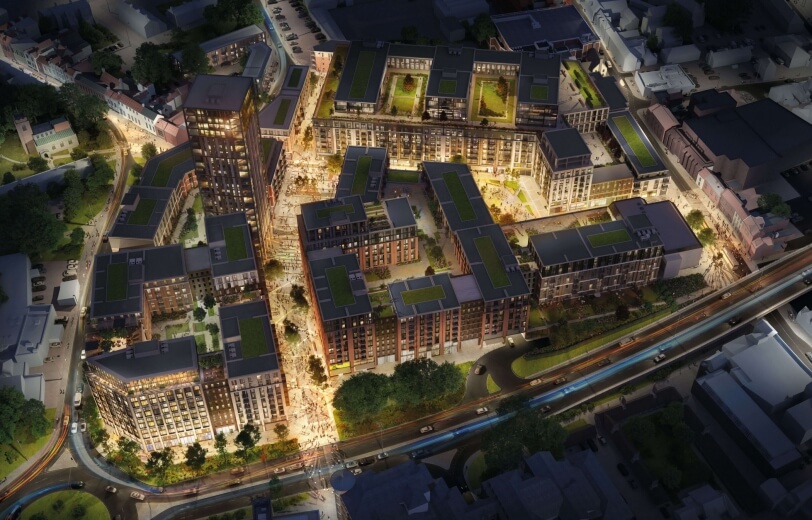