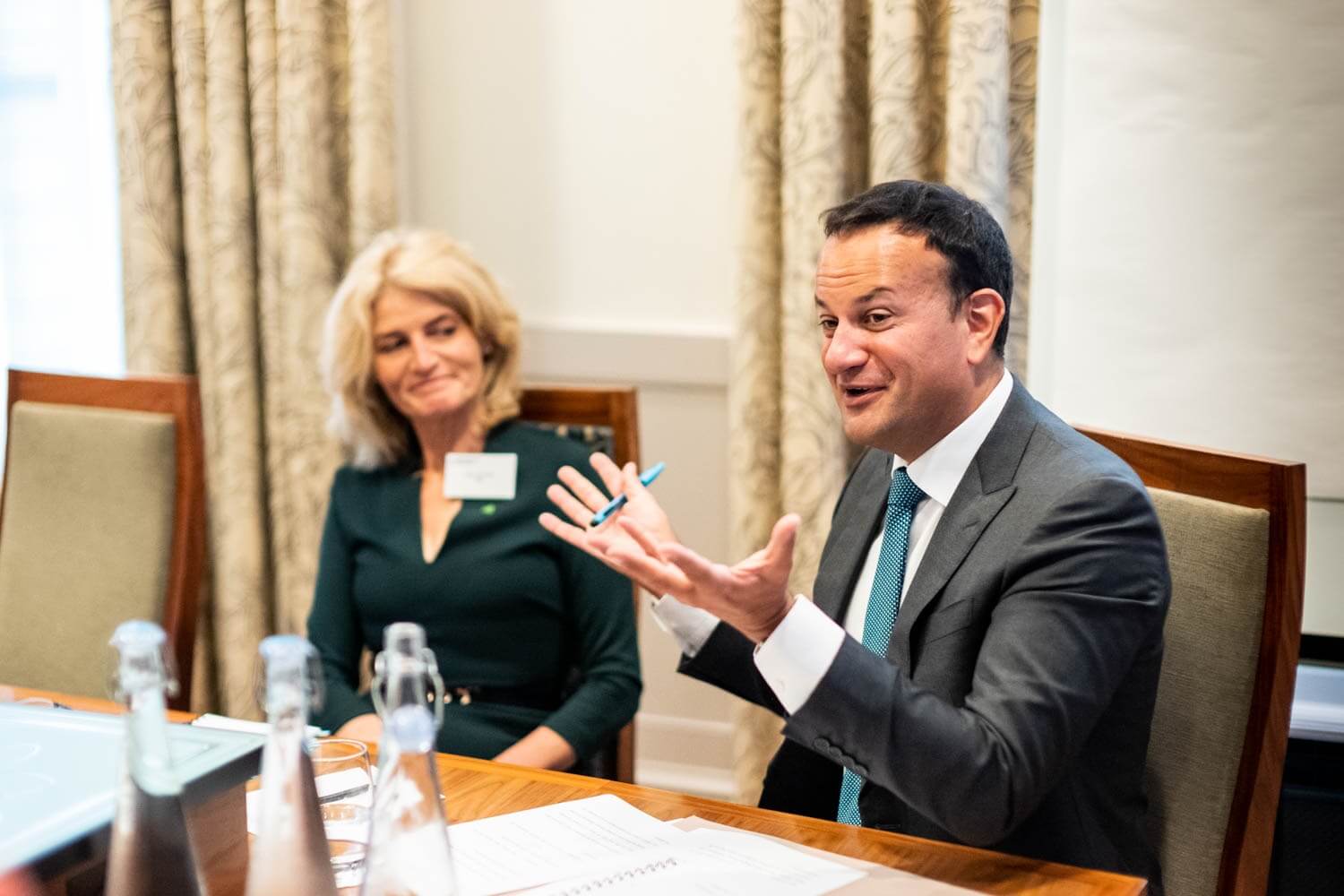 Ireland’s Deputy Prime Minister and Minister for Enterprise, Trade and Employment, Leo Varadkar TD, attended a knowledge sharing event on Monday 6th September with London local authority leaders to discuss the vital role that Irish businesses can play in unlocking inward investment and growth. The event was part of Enterprise Ireland’s trade mission to the UK focused on greater trade collaboration between the UK and Ireland.

As Councils look to rebuild their local economy in the wake of the pandemic, they are facing considerable challenges. With a private sector very much in recovery mode, grappling with both the economic after-shocks of the pandemic and Brexit, many UK businesses are delaying big decisions around expansion until there is more certainty around the long-term economic outlook.

Those councils quick off the starting blocks and looking to make good on their promise to Build Back Better, are already taking action and looking further afield to attract new businesses, increase tax revenue, and generate more local jobs.

Irish Deputy Prime Minister and Minister for Enterprise, Trade and Employment, Leo Varadkar TD said, “Ireland and Britain will always have a close relationship. Our two countries are interlinked in myriad different ways and we will be looking to strengthen those ties as we emerge from the pandemic and face into future challenges, such as climate change and digitalisation. Irish companies have created over 125,000 in Britain. By working closely together, building on existing partnerships and building new ones, we hope to create more jobs and prosperity for both countries. I’m looking forward to visiting the U.K., as part of my first in-person trade mission as Minister for Enterprise, Trade and Employment and I’m really happy to be bringing some good news with me of Irish companies investing and creating jobs on the ground.”

With Irish companies already generating around 125,000 UK jobs, the event focused on how local government and Irish companies could collaborate in the drive to Build Back Better, delivering innovation and efficiencies in construction and decarbonisation, whilst improving the safety of the UK’s homes.

Taking part in the knowledge sharing event were three market leading Irish businesses, with a track record of partnering with local authorities across the UK, who made some key announcements:
ESS Modular, which has grown to become an industry leader in modular construction in both Ireland and the UK. The company announced the expansion of its UK operations with the opening of a new office in Manchester, creating 70 new jobs.

Aico, the European market leader in domestic Fire and Carbon Monoxide (CO) protection, announced the launch of their Safety & Wellness Task Force, an independent platform where organisations from housing, charity and the private sector can work collaboratively for the betterment of the sector to develop safer homes. Aico also announced the launch of their environmental sensors, an exciting innovation in home life safety designed to help overcome many challenges, from compliance and carbon footprint to mould risk and fuel poverty.

i3PT Ltd, provides clients with software and services to assure quality, compliance and sustainability in the built environment. The company announced plans to create more than 40 new jobs in the next two years, based on increased demand and significant investment in its software product, CertCentral.
During the event, there was significant discussion around the pressures that local authorities are facing – with growing waiting lists, the need to build new homes sustainably and safely, and the challenge of maintaining existing housing stock. Tom Copley, Deputy London Mayor for Housing and Residential Development, said “we’re grappling with a London safety crisis…and there is conflict between sustainability and safety. How do we address this”?

Cllr Darren Rodwell, Leader of London Borough of Barking and Dagenham, outlined that the sector was facing a significant housing shortage and needed to be much more ambitious. He cited the recent PLACE (Pan-London Accommodation Collaborative Enterprise) project, which looks to tackle homelessness through acquiring modular temporary accommodation. Cllr Rodwell said, “instead of looking to build 200 modular homes, we should be building 20,000 homes”.

There was consensus about the major role that modular housing can play in meeting the chronic lack of housing, something which Gareth Blacker, Director of Strategic Development at Homes England, said Homes England encouraged.

The event was organised by Enterprise Ireland, the Irish government organisation responsible for the development and growth of Irish enterprises in world markets, including the UK.

Laura Brocklebank, Senior Market Advisor at Enterprise Ireland, said “There are some significant opportunities ahead for local government as it looks to build back better, post-pandemic. Supporting local government to deliver for their communities is something that Enterprise Ireland and Irish businesses are fully committed to, and we are proud to already be supporting many local authorities across the UK. With innovative Irish businesses looking to expand and invest in the UK, the event was a fantastic opportunity to share knowledge and insight and to demonstrate Ireland’s commitment to working in partnership with local government.”

The innovation exchange event is the first in a series of events being held over the next year with leaders and local authorities across the UK. To find out more about Enterprise Ireland and working in partnership with Irish businesses, visit https://www.enterprise-ireland.com/en