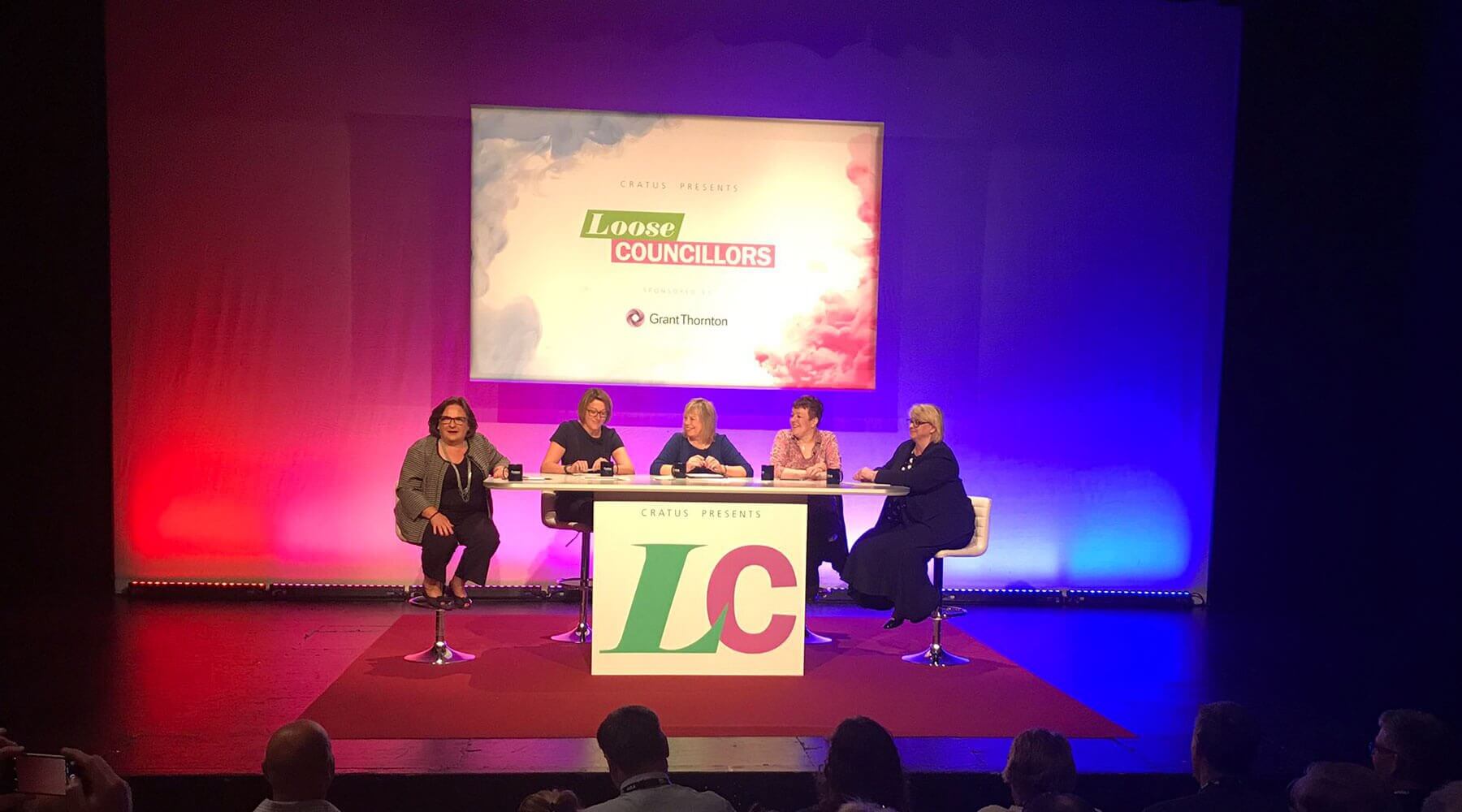 At the LGA conference this year, political leaders at Cratus’ Loose Councillors breakfast panel with Grant Thornton took to the stage at the Crescent Theatre in Birmingham to discuss diversity and representation in local government, the impact of the pay cap on local councils, the fight with the NHS at a local level, ageism, business rates and the unintended consequences of headline generating central government policies. With so much meat on the bone of our honest and fiery debate, this week we’re focussing on our panel’s experiences and views on female representation within the sector.

When our Loose Councillor Claire Kober first became Leader of Haringey in 2008, there were only two or three female leaders in London. Claire went on to become the first female leader of London Councils in 2016. Progress can be slow and local government is still breaking new ground. Thankfully, ten years on from Claire’s Haringey Leadership election, Claire is beginning to see a change, “Women change the way politics is done. It’s not just about looking representative, but doing it differently.”

Claire accepts that she was helped at the time by Labour’s policy of standing a female candidate in every local election. A position our second Loose Councillor Baroness Scott, Conservative Leader of Wiltshire Council does not agree with. Leadership contests should be won on merit, skills and individuals being the best for the role but Baroness Scott still holds the belief that politics remains a man’s world.

Should parties therefore be fined for their lack of female diversity? Earlier this year, the House of Commons Women & Equalities Select Committee proposed fining political parties that did not ensure a minimum of 45% of general election candidates being female. MPs were to consider the proposals but not before the snap general election which would have seen fines dished out to every party had the measure been in place. Labour did go onto field 40.4% female candidates with the Green Party in second place at 34.8%.

Councillor Sara Beresford, Liberal Democrat Leader of Three Rivers District Council put it most simply, make being a councillor a job women want to do. The sector is still significantly under representative of single parents, the twenty and thirty somethings, those who have disabilities, and the BAME community. Sara encouraged elected members and officers in the audience not to split the debate on gender. Young men need to be encouraged too. Younger men often look at older pale, male and stale councillors and simply cannot relate. Councillors, both young and old, can still be philosophical dinosaurs.

This week’s findings in the Fawcett Society Interim Report of the Local Government Commission – Does local government work for women? – come as little surprise to Cratus Strategic. We knew we had to create an all-female platform in the surrounds of the LGA Conference to offer a space on the agenda for candid and honest discussion, for female political leaders to shape the debate on representation and diversity within the sector.

It’s rather easy to fill up panel seats with the usual suspects. There are many to choose from. Of those in office for 20+ years, there are 3 male elected councillors in local government to one woman. Female councillors are ambitious, they are leaders of their households, businesses and communities. And in spite of the barriers they face such as childcare provision, travelling to meetings, sexism and prejudice, they remain just as ambitious as men.

The statistics won’t stop our Loose Councillors. They ARE the statistics. They are three of the 56 females elected as Council Leaders in England. They contribute to the 33% of elected local councillors in England who are female. They are not hampered by the measly 5% increase of that statistic over the last 20 years. They get on with the job of serving their communities, delivering services for their most vulnerable and challenging the ever-changing narrative from central government.

Next week, Cratus Strategic will delve into the Fawcett Society Interim Report in more detail and interlace our discussions with more great debate from this year’s Loose Councillors breakfast panel at the LGA Annual Conference in Birmingham.