The EV Race to 2030: Why Local Councils Hold the Key to Decarbonising Road Transport

Those disinclined to drive an electric vehicle (EV) will paint a picture in their minds. It might consist of an unhappy looking bank balance, but it’s more likely to feature the following: being stuck on a motorway, out of juice, unable to find a functioning EV charging point, unable to do long journeys ever again.

This is a popular concern about EVs known as range anxiety. Is it justified? Well, in reality most car journeys made are below 10 miles and the average range of an electric car is now a substantial 181 miles. If an individual wanted to drive from London to Barnard Castle, for example, they would need to recharge just once on the outbound journey, plus there are now increasingly enough charging points around for the return trip to be a similarly painless experience.

The issue with EV charging points centres less on the ability of one person to plan a journey, but on the ability of the population as a whole to plan their journeys concurrently. It’s a sad fact that there are still not yet sufficient numbers of easily accessible charging points in the UK to even remotely encourage the mass adoption of EVs. In a nutshell, this will have a direct impact on our ability to tackle the climate emergency and achieve the 2050 net zero emissions target set by the government.

At the end of 2018, road transport accounted for around 20% of the UK’s total greenhouse gas emissions. Air transport, by contrast, accounted for just 8%. What’s become increasingly clear is that there is no route for the UK to achieve net zero by 2050 that doesn’t involve the rapid decarbonisation of road transport.

The ban announced last year on the sale of new petrol and diesel cars by 2030 is a good start. But for this to be viable, there has to be enough charging points in the right locations across the country for EVs to become the new normal. We are a long way off from being able to achieve this.

As of 2020, there were 340,000 EVs and plug-in hybrids on Britain’s roads and according to the UK’s Climate Change Committee (CCC), this figure could rise to 15.9 million by 2030. The CCC estimates that 400,000 public EV chargers will be needed by 2030 as a result of this. Based on the current network of circa 40k public charging points, this means that charging points will need to be installed at five times faster than the current rate every year.

Furthermore, evidence shows that EV drivers are currently much more likely to charge at home on their driveways overnight. By 2030, however, the hoped for widespread adoption of EVs by on-street households will mean that demand for public EV charging points will skyrocket.

Local Councils play a crucial role in the delivery of public EV charging points. They’re responsible for granting permissions for them, including alterations to highways and street furniture, and for changes made to parking bays. They also own assets, including car parks and lamp posts, which have the potential, with good planning, to host a full range of EV infrastructure. 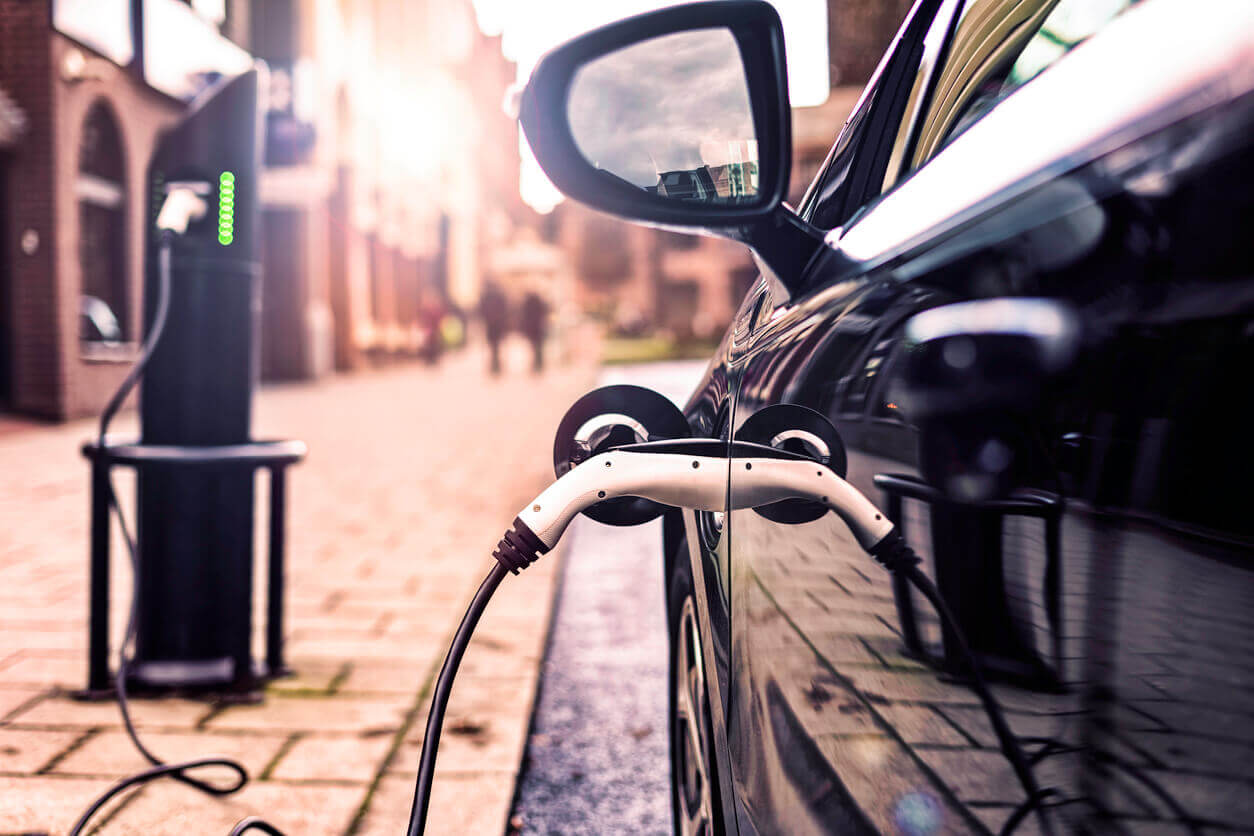 Despite this, a recent report by Centrica revealed that more than a quarter of the councils surveyed had no concrete plan in place to install EV charging points. Should this trend continue, the mass adoption of zero emission vehicles will be thwarted if local communities do not feel confident enough to move away from petrol and diesel.

What’s particularly startling is the regional disparity. London has three times as many public charging points as the North West, Yorkshire and Northern Ireland combined. This is a trend that risks entrenching the same geographical inequalities that accompanied the rollout of broadband. Even within London, EV infrastructure drastically varies depending on a local authority area. In Hackney, for example, 56% of on-street households are within a five minute walk from their nearest chargepoint; a figure that falls to just 11% in the neighbouring borough of Newham.

It’s clear, therefore, that local councils have an enormous role to play in decarbonising road transport if they are to provide the necessary infrastructure for communities to overcome range anxiety once and for all. Given the potential for improvements in air quality, and how many of them have declared a climate emergency locally, why are so many councils not taking the issue of charging point provision more seriously?

Funding is naturally an issue. Many local councils have not received any financial support from central government to provide EV charging points. Even with the limited funding options that are available, such as the Government’s On-Street Residential Chargepoint Scheme (OSRCS), there is a concern that local councils are either not aware of the programme or need guidance when submitting bids.

A recent report by Policy Exchange also outlined how many local authorities don’t have a dedicated chargepoint team. This stalls progress as responsibility for infrastructure provision falls between a number of teams including those grappling with planning, highways or energy.

Some local councils are bucking this trend by adopting a comprehensive strategy for EV infrastructure. Oxfordshire County Council recently became one of the first local authorities to embrace cross working with the city and district councils on joint bids for funding and joint decisions on where new charging points should be located.

Unlike Oxfordshire, however, many councils continue to fall behind on this EV journey. The pandemic has created immense pressures on finances and service provision, but a climate emergency is not something that can just be declared. It must be acted upon – which means EV charging points need to be put back on the to do list if there’s to be a chance of achieving net zero emissions.

If you want to know how local councils can accelerate the rollout for EV charging points, then please join us for an upcoming webinar to find out more. Register Here