Central Government has caused quite the stir in many boroughs and districts across the Home Counties, after touting local government reorganisation then almost immediately pulling its Devolution White Paper. As Surrey County Council Leader Cllr Tim Oliver put it, the Government has been “starting fires and walking away”. A very apt description of the political toll the unitary debate has caused in council chambers up and down the country.

Cumbria’s County Council Leader Cllr Stewart Young said the ordeal was “unfortunate because all this reorganisation tension inevitably affects relationships. I still have the battle scars from previous times; it can get very nasty.” This sentiment seems to resonate across the country, as it all got a bit testy in Surrey when all eleven Boroughs and Districts took a different position against the County Council. The Government pulling its immediate support has provided an opportunity for the Borough and District Councils to push their proposal forward. This has also presented an opportunity for opposition parties to put the boot into the county council leadership and they will undoubtably look to capitalise on this in the run up to county elections taking place in May 2021.

In Surrey, the County Council administration spent £246,000 on consultancy fees and has now been left empty handed by the Government. The proposals were also roundly rejected by administrations and opposition parties across the county with Conservative Council Leader Cllr Nick Prescott (Runnymede – chairman of the Surrey Leader’s Group) saying “We strongly urge government ministers and MPs to keep an open mind and consider all proposals when deciding the future of local government in Surrey”.

Does that mean the unitary debate is over?

What is clear from the debate so far was not whether we should have unitary authorities, but what the size they should be. In Surrey, the County wants a unitary based on its boundaries, the districts and boroughs have proposed three.

What is clear is that a lot of groundwork on a bid for unitary status has been done and a significant amount of public money spent to get this far, so the County is unlikely to back down. However, the impetus has gone away with MHCLG Minister responsible for Local Government, Simon Clarke, resigning and Robert Jenrick  subsequently stating in a letter to Conservative council that “unitary structures are not and will not be compulsory or required by central government”.

The eleven united borough and district councils in Surrey have committed to a joint fund of £300,000 to their vision of creating three smaller unitaries, a solution which is also the preferred option of opposition parties and resident associations. However, the Conservative controlled County Council has got a head start and will look to push ahead with their proposal, with the onus on the objectors to put their own case.

Enter Residents Against Surrey Single Unitary (RASSU), the Surrey action group looking to oppose the idea of single unitary authority in Surrey. The group has already garnered over 4,000 signatures and is being pushed by all opposition parties and resident groups in Surrey.

The real test of the direction of the unitary debate will be dependent on the upcoming County Council elections in May 2021. This will be a huge challenge for the Conservatives to maintain control of the County Council after losing eight out of the 11 borough and district Councils in Surrey. By winning the County Council, opposition parties and resident groups will be able to effectively kill off the single unitary authority proposal as not being supported by the residents.

However, it may not be quite as clear cut as that and we have to recognise that this is not a single issue election and local elections follow national trends. This election will be the first set of elections since the General Election in 2019, due to the delay of election because of the COVID-19 pandemic so there is pent up demand to make voices heard one way or another.

Now that the Government has pulled out devolution debate and has left the arguments to councils, will local authorities be able to get through the impasse or will they stay at logger heads? For the first time in a long time it looks like there could be real change in local government, and if the consensus on the unitary argument in Surrey is anything to go by, change could be just around the corner but what that looks like is still up in the air.

Watch this space for more – or if you don’t want to wait, give us a call or drop me an email.

What next for the high street? With Cllr Danny Thorpe – Leader, RB Greenwich 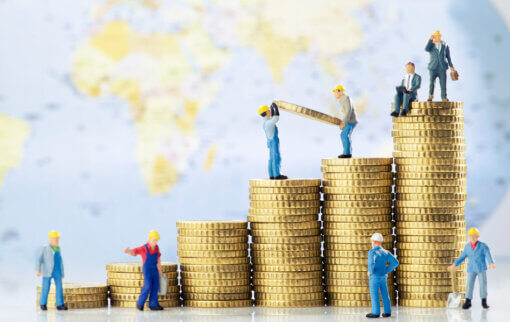